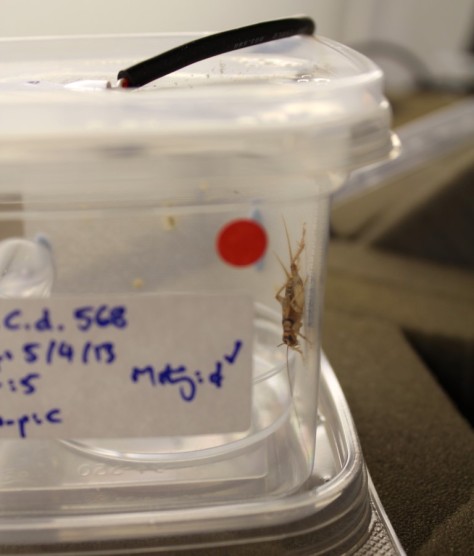 It has been quite some time since I posted anything on my blog, but rather than providing a long whinge about why this is so (and because ‘I’ve been busy’ doesn’t really cut it at any stage once you’ve decided to plough into the academic lifestyle), I thought I would use the experience of the last couple of months to give some handy hints to other students on a topic I have good experience of: surviving long, complicated, tedious, lonely lab experiments. As in, 8-13 hours per day, every single day of the week, for several months, in a small room by yourself, kind of experiments. The real glamour of PhD life.

Because nothing tells your colleagues that you’re working hard like a terrible beard (not sure what the female equivalent is, I’m afraid), and the red eyes that indicate a person running on caffeine fumes. Over the last couple of months, I’ve lost over 6kg accidentally, purely from being too busy to eat lunch. Not that I’m asking for sympathy, because I’d got a bit fat beforehand – this just means I don’t have to start running again. SCORE.

2) Give your ears a treat

Your hands and eyes may be focused on some monotonous task – like, say, putting tiny food dishes into many boxes which each hold a single insect, just as an example I made up for no reason at all – but your ears are still free to feast upon the glorious smorgasbord that is the collected works of human endeavour (or something). You can raid iTunes U for lecture series, catch up on your favourite podcasts (and a bunch that you don’t really like, but you’re so tired that you can’t bring yourself to search for better ones), or – and this has revolutionised my recent listening – sign up for an Audible audiobook account. If you’re going to be stuck in a lab by yourself for hours on end, you can even get through audiobooks that you would otherwise baulk at, which is how I managed to power through all 57 glorious hours of the unabridged version of David Foster Wallace’s ‘Infinite Jest’.

Podcasts I like:
Little Atoms (be sure to get the ‘Little Atoms Road Trip’ podcasts as well)
Quirks & Quarks
The Life Scientific
Breaking Bio (*cough*)

Audiobooks I enjoyed:
‘Infinite Jest’ by David Foster Wallace
‘The Greatest Show on Earth’ by Richard Dawkins
‘Snow Crash’ by Neal Stephenson
‘Life on Air’ by David Attenborough
‘The Human Stain’ by Philip Roth
…also, ‘How to be a Woman’ by Caitlin Moran, although this is not necessarily the wisest choice when spending many hours in the dark, by yourself, and feeling a bit confused about everything in general.

3) Take your birding when you can get it

Birds are great, and if you don’t think so then YOU ARE DEAD INSIDE. I filmed this from the lab window, having spotted this dust-up on a short break from my sealed-off dungeon to weigh a bunch of crickets (the only lab scales are upstairs). I really need to thank the guys in the BTO office down the hall for having put a bird feeder outside…

This enables you to get the bare minimum of sunlight and fresh air that you probably need, and also stops your muscles from completely atrophying. Hopefully.

It also helps if your ‘commute’ looks like mine.

5) Take your animal behaviour when you can get it

Even if you’re restricted to just watching your study organism over and over again, it still counts.

6) Pretend everything is fine

I don’t want to get all ‘the power of positive thinking’ or any bullcrap like that, but there’s a lot to be said for just deciding not to be in a huff when you get home from 13 hours slogging away in the lab and not having spoken to anyone all day. If you have a partner, they’ll certainly thank you for it. Or at least be less likely to break up with you because you are being massively insufferable.

7) Arrange something at the end to look forward to 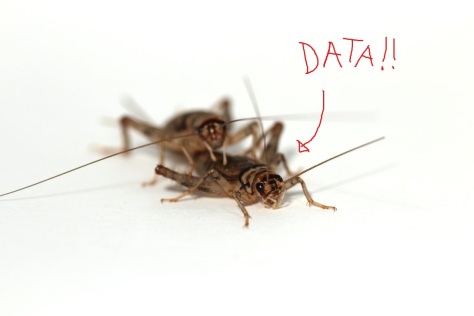 Oh, and try not to think about the fact that you’ll probably spend the next 6 months trying to do statistical analysis and work out what any of it means. HAHAHAHAHAHAHAWHYYYYYYYY

3 thoughts on “How to survive soul-crushingly long experiments”