My first empirical work from my postdoc with Alastair Wilson is out now in Functional Ecology (open access). We take a pretty deep dive into analysing individual variation in behavioural plasticity, including comparing multivariate among-individual behaviour across contexts, testing for a single underlying axis of variation, etc. The supplementary information also includes some R code showing how we did the main analyses, and the dataset is available on Dryad.

This paper also got a lot of traction in the popular press due to us showing that guppy ‘personality’ (i.e., consistent individual differences in behaviour) exists, is more complex than might have been thought, and persists across different stressors (which had large effects on the average behaviour in the population). Some of the articles are linked in my Media & Outreach page, and the video of my interview on BBC World News is embedded below.

I have a new paper (with Alastair Wilson) out in the Behavioural Ecology journal, entitled ‘Avoiding the misuse of BLUP in behavioural ecology‘. Our paper is aimed at researchers working on individual variation in behaviour (e.g., personality, behavioural plasticity, behavioural syndromes), particularly those wishing to investigate associations between that behavioural variation and some other trait or variable (e.g., another behaviour, a physiological response, or even some external environmental variable). The thrust of the paper is really a call to ensure that we are using the proper statistical tools to test our hypotheses, rather than using other approaches that are known to give spurious results. The paper is quite brief, and can be found here (or drop me an email if you require a reprint).

Of course, pointing out problems is in itself not hugely useful without solutions being to hand, and so we have provided these in the form of tutorials for multivariate models in the programming language R. We are still working up more tutorials to cover more of the kinds of issues in which people are interested, so do keep checking back for updates – and let me know if there are any other relevant topics that you’d like to see covered! As has been pointed out on twitter, while we focused on animal behaviour because we work in that field, these models are applicable to many other fields in which researchers are interested in the causes and consequences of variation in labile traits.

It has been pointed out to me (post-publication) that the Adriaenssens et al. (2016) paper in Physiology & Behavior, ‘Telomere length covaries with personality in a wild brown trout‘, did not use BLUPs extracted from mixed models in a secondary analysis, and is therefore incorrectly included in Table 1 of our Behavioural Ecology paper. I have apologised to Bart for my error, and contacted the publishers to see whether this reference can be removed from the paper. 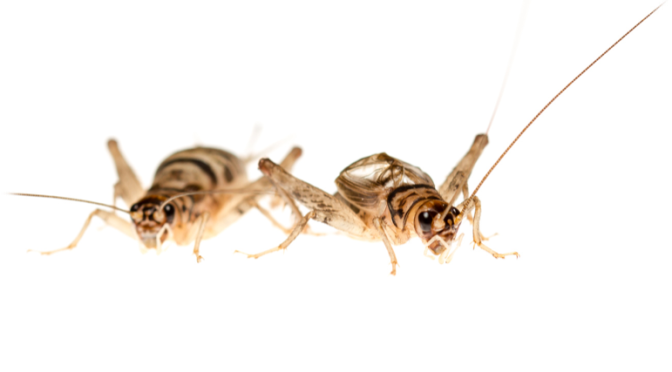 I have a new paper out in the journal Functional Ecology, entitled ‘Mating opportunities and energetic constraints drive variation in age-dependent sexual signalling‘. This is work from my PhD with Luc Bussière at Stirling, along with collaborators from the University of Exeter’s Cornwall campus (where I’m currently based).

We used dietary manipulations as well as manipulation of potential mate availability to investigate how male sexual signalling changes with current budget and previous expenditure. We found some cool results about what causes variation in age-dependent sexual signalling – these have implications for ‘honesty’ in sexual displays, and are also a nice reminder that there are simpler explanations than we (as humans, who love seeing patterns in the noise) often cling to.

Our paper also includes a nice example of using ‘zero-altered’ statistical models, enabling us to partition out effects on why males call from the effects on how long they call.

You can find the paper here, or email me for a PDF if you don’t have access to the journal.

Alternatively, the press office at Exeter put together a nice press release, which I’ve pasted below:

Shedding a few pounds might be a good strategy in the human dating game, but for crickets the opposite is true.

Well-fed male crickets make more noise and mate with more females than their hungry counterparts, according to research by the universities of Exeter and Stirling.

It has long been believed that males who acquire ample food can adopt a “live fast, die young” strategy – burning energy by calling to attract females as soon as they are able, at the expense of longevity – while rivals with poorer resource budgets take a “slow and steady” approach, enabling them to save resources and take advantage of their savings later in the season.

But the researchers found that increased diet – rather than any strategic decision by the cricket – led the best-provisioned crickets to chirp for longer. This had no noticeable cost to their lifespan.

Senior author Dr Luc Bussière, of the University of Stirling, said the findings offered a “simpler alternative” to understanding the behaviour of crickets.

“While it was intriguing to think that males might foresee and plan for their future reproductive prospects by strategically staying quiet, what our experiment suggests is actually easier to understand: rather than relying on an ability to forecast the future, crickets appear instead to respond mainly to the resources they have in hand,” he said.

The more time they spend calling, the more mates they attract.

The paper, published in Functional Ecology, studied decorated crickets, which mate about once a day on average during their month-long adult life.

Males need a three-hour recovery period following each mating to build a new sperm package, after which they are able to call again in the hopes of attracting another female.

Researchers found that a male cricket’s decision about whether to call was primarily based on whether females were nearby – rather than how well-fed they were – but the better-nourished males were able to call for longer and thus increase their mating prospects.

The study also provides insights into how energy budgets keep male displays honest for choosy females over the course of the mating season.

“In nature, a ‘better quality’ male will likely have better access to resources,” said lead author Dr Tom Houslay, a Postdoctoral Research Associate at the University of Exeter.

“Low-quality males might be able to ‘cheat’ by calling a lot one day, making females think they are high-quality, but this is not sustainable – so there is ‘honesty on average’.

“A female may be fooled once or twice, but over time males with more energy will call more – meaning females should tend to make the ‘correct’ decision by preferring those males.”